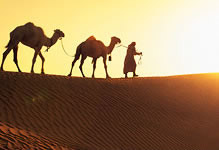 And finally in 1953, considering the needs for the presence of trading company as a specialist in Auto Spare Parts for Japanese cars, TOYOTRADING was set up, and began to pioneer in the new markets. Coincidently, in the same year, Japanese government announced the new national energy policy that encourages domestic industry to switch its major energy source into oil. And soon later, triggered by the incident in 1956 when Suez Canal in Egypt was shut down, an increasing number of Japanese 4WD cars and various trucks began to be exported to the Middle and Near East nations. Coincided with such timing, we became more actively involved in exporting to the Middle and Near East nations such as Saudi Arabia, and African nations. Since then, despite of several challenges such as the Middle-East Wars and Oil crisis, we have been keeping up establishing quite sound relationship with a lot of customers up to now, and also continuing to expand our business reach out to China, Asia, Mongolia, India, Central America, Central-South America, and many other regions. As of now, we have become grown into one of the promising company in this industry.